Home / About Us / Native Advisory Council 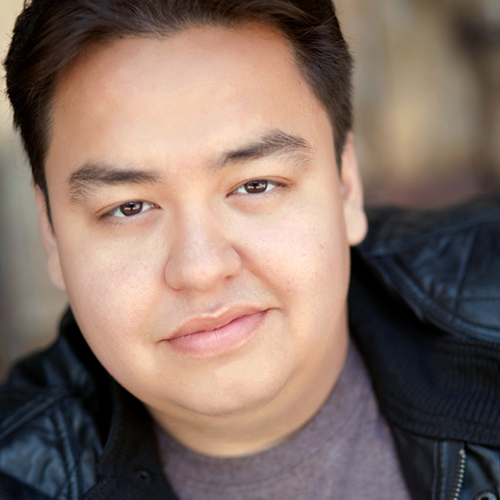 Ernest Briggs (he/him) is Artistic Director of Turtle Theater Collective and a proud Native American professional actor from the Twin Cities who has done film, TV, stage and commercial work for over 10 years. As an actor, Briggs has been seen onstage at the Guthrie Theater, Park Square Theatre, Mixed Blood Theatre, Teatro del Pueblo, Pangea World Theater, Children’s Theatre Company, Nimbus Theatre, Wanderlust Productions, Turtle Theater Collective, Artistry, Sidekick Theatre, History Theatre, South Coast Repertory, Tilted Windmills Theatricals, PICT and Native Voices at the Autry. He has also played supporting roles in independent films, including Sold Out and Nina of the Woods, both streaming on Amazon Prime Video. He is a visiting Assistant Professor at Gustavus Adolphus College where he teaches performance in social activism, and he also teaches at the Guthrie. Briggs received his M.F.A. in Acting from the University of Florida and attended The American Academy of Dramatic Arts. He also studied improv at Brave New Workshop and Upright Citizens Brigade. When he isn’t acting, writing, directing, producing or teaching, Briggs enjoys spending time with his wife and children. Learn more at www.ernestbriggs.com. 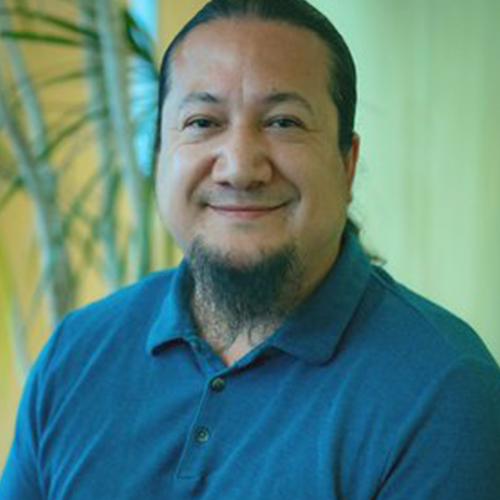 Thomas Draskovic (he/him) is an educator, actor, artist and activist. He has been active in the Twin Cities acting community since fall 2018 when he made his stage debut as Big Chief Bromden in The Chameleon Theatre Circle’s production of One Flew Over the Cuckoo’s Nest. Since then, he has performed in productions and online readings at New Native Theatre, public readings of the History Theatre’s The Dakota Project in the role of Chief Little Crow and the History Theatre’s Christmas of Swing in the role of WWII soldier Donald. Draskovic continues to contribute to the local Indigenous educational and creative arts scene in an effort to provide a space where all can thrive, learn, teach and live as a family together, as we are all related. 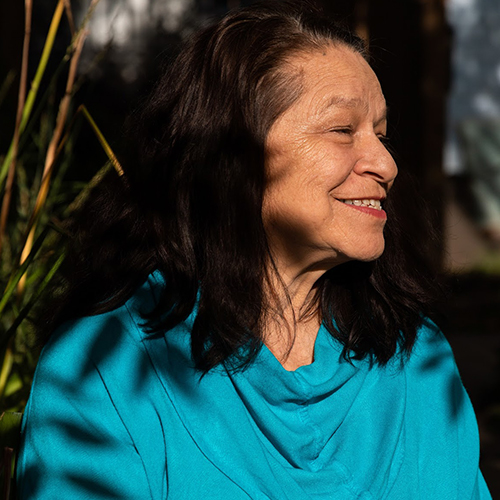 Marcie Rendon (she/her) is an award-winning author, playwright, poet, freelance writer and community arts activist. The first book in her Cash Blackbear Mystery series, Murder on the Red River, received the 2018 Pinckley Prize for Crime Fiction, and book two, Girl Gone Missing, was nominated for the 2020 Sue Grafton Memorial Award. Sinister Graves, book three, arrives in 2022. Rendon’s script Say Their Names had a staged reading at Out of Hand Theater and is part of their 2022 Shows in Homes lineup. Her play Sweet Revenge had a staged reading at the Playwrights’ Center in partnership with the Guthrie Theater in 2021. She is the recipient of the McKnight Foundation’s 2020 Distinguished Artist Award. 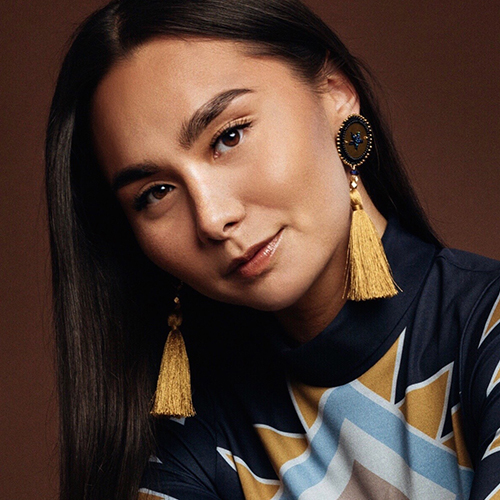 Isabella Star LaBlanc (she/her) is an actor and storyteller who was born and raised in Minnesota. She has been seen at theaters across the country, including Shakespeare Theatre Company in Washington, D.C., Cincinnati Shakespeare Company, Jungle Theater, Mixed Blood Theatre and Children’s Theatre Company. Star LaBlanc’s writing has been featured at American Players Theatre, Guthrie Theater, Penumbra Theatre and Minnesota Women’s Press, and she is the narrator for The New York Times bestselling novel Firekeeper’s Daughter by Angeline Boulley for Macmillan Audio. She can be seen in the debut season of “Long Slow Exhale” from Paramount and Spectrum Originals as well as the Pet Sematary prequel project on Paramount+. 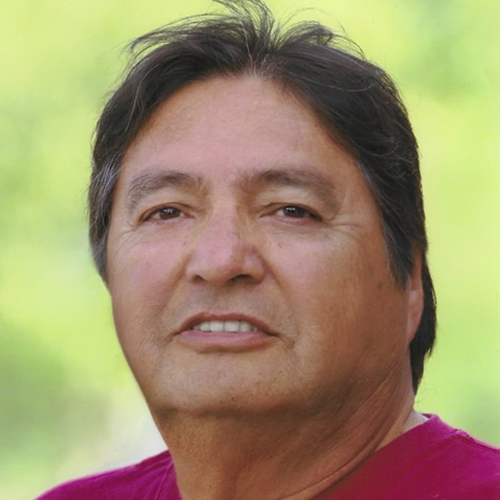 Mike Swan (he/him) is an elderly Native American man who was failing at retirement and started late in acting and theater. He has been a Native American dancer (traditional and woodland style) and singer since 1980 and done public speaking during his professional career as a biologist and scientist. Swan’s acting credits include the Northern Light Opera Company productions of South Pacific (2017) and Annie Get Your Gun (2016), plus various community theater roles in Park Rapids, Minnesota, including Sitting Bull, Henry the Butler, Polynesian Chief and Military Police. As part of his commitment to get Native youth involved in drama and theater, he started the NLOKids Theater Camp in Park Rapids. 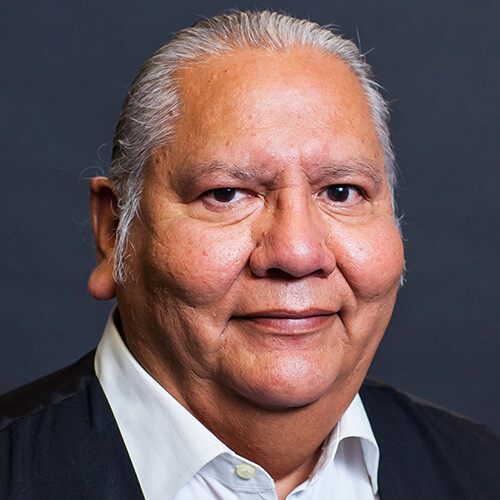 Roy Taylor (he/him) is an actor, voiceover artist, storyteller and broadcaster. He is a principal creative talent for White Eagle Arts, Entertainment and Media, and his performance credits include Thirst by Night Fox Films and Juggling Act Productions; Annie Mae’s Movement and Death of a Chief with New Native Theatre’s Well Red Series; “Vaccines in Indian Country: Protecting Our Loved Ones” with Twin Cities Public Television and the Great Lakes Inter-Tribal Council; “True Stories of Survival” with Story Club Minneapolis; and “Indigeneity Rising” on KFAI Fresh Air Community Radio. 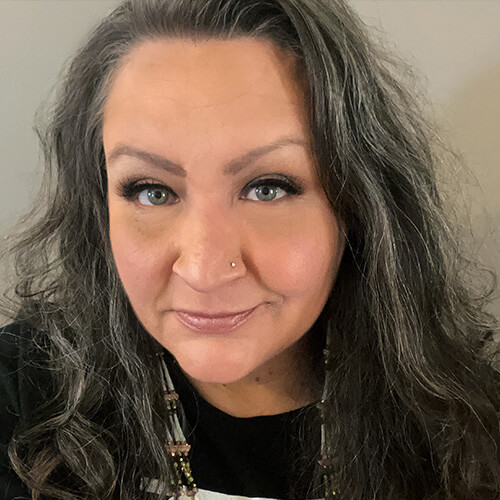 A professional creative director and graphic designer by day (and occasionally some late nights), Adrienne Zimiga-January (she/her) has been performing in the Twin Cities for a decade, working with various theater companies such as Turtle Theater Collective, Bedlam Theatre, Raving Natives Productions, Oyaté Hotanin, Pangea World Theater, History Theatre, New Native Theatre and Guthrie Theater. A few of her theatrical performances include 2012: The Musical, You Are My Sunshine, Bring the Children Home, Oyaté Hotanin’s Indigenous Peoples’ Day Celebration, Our Town, The Dakota Project and Stories From the Drum. Adrienne’s main passion and focus is to work with others to build community while removing barriers and opening doors for Indigenous creators and performers.