Exploring the complicated intersection of romance and disability from his unique perspective as a gay man with cerebral palsy, Haddad’s one-man show takes you on a roller-coaster ride through New York’s gay dating scene, where the highs are high and the lows are lonely. He hits the clubs and bars expecting glamour and excitement, but soon realizes his cerebral palsy and his walker make him an outsider. With equal parts humor and hurt, he examines everything from Grindr, drag queens and go-go dancers to intimacy, rejection and judgment. His one request? Bring an attractive male friend with you. 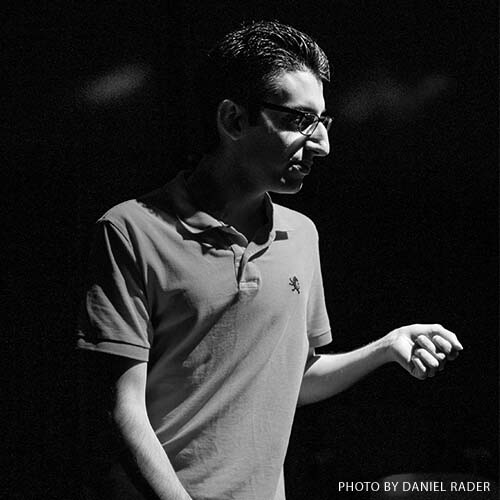 Ryan J. Haddad is an actor, playwright and autobiographical performer based in New York. His acclaimed solo play Hi, Are You Single? was presented at The Public Theater’s Under the Radar Festival and continues to tour the country. Other New York credits include My Straighties (Ars Nova/ANT Fest), Noor and Hadi Go to Hogwarts (Theater Breaking Through Barriers) and the cabaret Falling for Make Believe (Joe’s Pub). Regional credits include The Maids, Lucy Thurber’s Orpheus in the Berkshires (Williamstown Theatre Festival) and Hi, Are You Single? (Cleveland Play House, Williamstown Theatre Festival). Television credits include “Bull,” “Madam Secretary” and “Unbreakable Kimmy Schmidt.” Haddad has performed original work at La MaMa E.T.C., the New Museum and The LGBT Center of New York City. His plays in development include Good Time Charlie and Dark Disabled Stories. He is a member of The Public Theater’s Emerging Writers Group and a former Queer|Art Performance and Playwriting Fellow under the mentorship of Moe Angelos. Learn more at www.ryanjhaddad.com and follow him on social @ryanjhaddad.

The Guthrie’s Level Nine Series is made possible by the generous support of The Andrew W. Mellon Foundation.