Considered one of the most powerful voices in American theater, playwright Lynn Nottage has produced a notable body of work that tackles provocative societal issues with a blend of honesty, humor and heart. Her ability to craft a multifaceted story and create characters who evoke layers of empathy is unmatched — and she has two Pulitzers, countless theater awards and a devoted following of fans, contemporaries and critics to prove it. During this one-on-one conversation, Guthrie Artistic Director Joseph Haj and Nottage will discuss her celebrated career, her creative process and the Guthrie commission that led to the creation of Floyd’s, onstage this summer.

The Guthrie’s In Conversation series invites the community to listen in on thought-provoking discussions with artists and cultural leaders on topics related to current or upcoming work on our stages. Each behind-the-scenes experience includes a Q&A session between the audience and the featured guests. 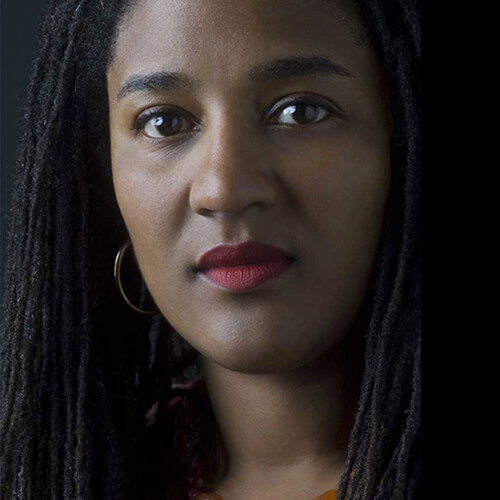 Lynn Nottage is the first woman in history to win two Pulitzer Prizes for Drama (Ruined in 2009 and Sweat in 2017, which moved to Broadway after a sold-out run at The Public Theater). Recently named one of TIME’s 100 Most Influential People in the World, Nottage brings her work to the Guthrie stage for the second time, her first being Intimate Apparel in the fall of 2005. Other plays include By the Way, Meet Vera Stark (Lilly Award, Drama Desk Award nomination); Ruined (Pulitzer Prize, Obie Award); Intimate Apparel (American Theatre Critics Association and New York Drama Critics’ Circle Awards for Best Play); Fabulation, or The Re-Education of Undine (Obie Award); Crumbs From the Table of Joy; Las Meninas; Mud, River, Stone; Por’knockers; and POOF!