Throughout the season planning process, we ponder which plays will be the most entertaining, inspiring and provocative while amplifying as many voices as possible on our stages. It’s a responsibility we take seriously, which is why announcing a season is one of my favorite moments as an artistic director.

A hot-blooded comedy
It’s been five years since divorcees Elyot and Amanda called it quits. They’re both on marriage number two and honeymooning in France with their new spouses, Sibyl and Victor, who remain unconvinced that the flames between the contemptuous duo have fizzled. When the couples discover they are vacationing at the same hotel, insults and romantic sparks fly until everyone is caught in the love-hate crossfire and forced to follow their hearts. Former artistic director Joe Dowling makes his much-anticipated return to the Guthrie to direct this will-they-won’t-they comedy.

A whip-smart portrait
The late, great Molly Ivins was never one to hold her tongue. During her years as a journalist, including a brief run at the Minneapolis Tribune, she wielded her stinging wit and Southern humor against the all-boys club of politicians in her home state of Texas, the White House and beyond. Her on-the-money observations made her a respected icon, but her unwavering tenacity made her a legend. In this uproarious one-woman play performed by the incomparable Kathleen Turner, Ivins is reincarnated into her barb-throwing, bluff-calling self to set the record straight.

Cummins and Scoullar’s
The Little Prince
drama by RICK CUMMINS and JOHN SCOULLAR
based on the book by ANTOINE de SAINT-EXUPÉRY
directed by DOMINIQUE SERRAND
November 21, 2020 – January 3, 2021
McGuire Proscenium Stage

A whimsical fairy tale
After his plane crashes in the Sahara desert, a pilot is plotting his survival strategy when a petite prince with a gleeful spirit appears. Over the course of a week, the prince tells the pilot tales of his intergalactic travels to various planets, Earth included. Each story sheds new light on their philosophical questions until the two unlikely companions find the answers — and their lives — hanging in the balance. Full of whimsy and wonder, this endearing allegory for the whole family explores the contrast between the wide-eyed innocence of youth and the inevitable realities of adulthood.

A Twin Cities holiday tradition
A miserly and miserable man, Ebenezer Scrooge greets each Christmas with “Bah! Humbug!” until he is visited one Christmas Eve by the Ghosts of Christmas Past, Christmas Present and Christmas Future. Through a restless night, the spirits show him happy memories from his past, cruel realities from the present and a grim future should he continue his cantankerous ways. Charles Dickens’ timeless tale continues to be a perennial favorite and holiday tradition that invites audiences of all ages to celebrate the merriment of the season with their family and loved ones.

A thrilling mystery
Passengers aboard the opulent Orient Express awake to frightful news: Overnight, the American business mogul among them was stabbed to death behind locked doors. Thankfully, debonair detective Hercule Poirot is on the train and on the case. He promptly begins interviewing suspects, securing alibis and forming theories about the killer, who remains at large and could be closing in on the next victim. As the plot thickens and the travelers grow restless, Poirot presents two viable scenarios about who murdered the mogul and why, taking the audience on a wildly glamorous crime-solving ride.

Tiny Beautiful Things
based on the book by CHERYL STRAYED
adapted for the stage by NIA VARDALOS
directed by TBA
February 13 – March 21, 2021
McGuire Proscenium Stage

A celebration of humanity
When lost souls had nowhere to turn and were desperate for answers, they penned heartfelt letters to an anonymous sage named Sugar whose authentic responses garnered a widespread and devoted readership. Turns out the woman behind the advice column was author Cheryl Strayed of Wild fame, who spent two years sharing her thoughts on life, love and everyday dilemmas under her “Dear Sugar” guise. Based on Strayed’s bestselling book of the same name, this moving collection of call-and-response stories takes center stage and promises to soften even the hardest of hearts.

When King Richard II exiles Henry Bolingbroke and seizes his inheritance, it sets off a challenge for the throne. Eventually Richard abdicates and Bolingbroke becomes the new king, Henry IV. He spends much of his reign divided by two worries: the rebellions of disaffected lords who claim he’s a usurper and his wild son and heir, Hal, who prefers to keep company with the fat knight Falstaff than tend to the country. But when Hal assumes the throne as Henry V, he throws off his old ways to become one of England’s most honored warrior kings with his unlikely defeat of France at the Battle of Agincourt.

Also known as the Henriad or History Cycle, this dramatic feat was performed in rotating repertory at the Guthrie 30 years ago, marking a historic return to the theater’s roots. Performed by one company on one stage, this once-in-a-lifetime, three-play event invites audiences to immerse themselves in Shakespeare like never before.

A story of race and revolution
In Lorraine Hansberry’s powerful final play, Tshembe Matoseh returns to his African home for his father’s funeral and discovers that racial discord is at a dangerous tipping point. A divisive conflict is simmering between those who stand for the white colonialism of the past and those who believe nationalism is the future. Battle lines are drawn, even within Tshembe’s own family, and he finds himself immersed in the deadly turmoil. But a greater struggle rages inside him: Should he return to his wife and son in England or stay and fight for the revolution at all costs?

A sizzling summer musical
At a bodega in Manhattan’s Washington Heights neighborhood, owner Usnavi has a front-row seat to the rhythms of the city. Summer is in full swing, making his shop entrance a revolving door of families and friends who are all chasing — or escaping — something bigger than themselves. With temps and tensions on the rise, relationships on the block begin to crack under pressure, exposing hopes, dreams and notions of home. Featuring a dynamic score ranging from salsa to hip-hop, this Tony-winning musical from the creator of Hamilton will make your heart soar.

A wickedly funny satire
Being on the right side of history is about to go terribly wrong. When three bleeding-heart teaching artists are charged to put on a school pageant about the first Thanksgiving, they resolve to tell both sides of America’s backstory and include Indigenous communities in the narrative. Despite their best intentions, things go hilariously awry as they encounter strong creative differences and dodge political landmines. Playwright Larissa FastHorse lays every assumption on the stage and lampoons them with piercing satire, challenging the audience to examine the thin line between truth and tradition. 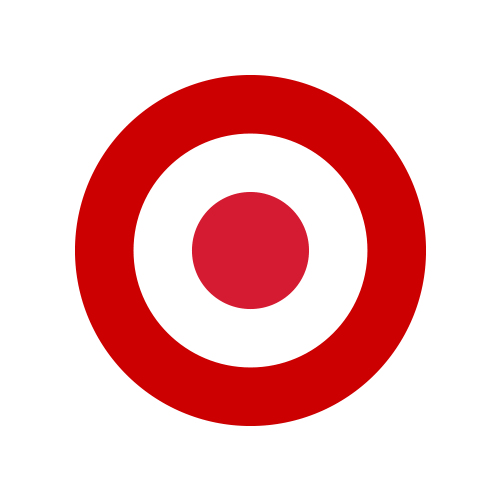