THE GUTHRIE THEATER PRESENTS A POMEGRANATE ARTS PRODUCTION OF

Available to stream through

Join 2020 Ibsen Award winner and MacArthur Fellow Taylor Mac and his longtime collaborators — designer Machine Dazzle, Music Director Matt Ray and producers Pomegranate Arts — as they celebrate the holidays in all of their dysfunction. Holiday Sauce… Pandemic! blends music, film, burlesque and random acts of fabulousness to reframe the songs you love and the holidays you hate.

In this virtual reimagining of the beloved/annual/live/seasonal/variety show, Mac reminds us of the collective power of our chosen families, a message that rings true in this bittersweet holiday season.

Tickets are $10, intended for single-household use and nonrefundable.

Taylor Mac’s Holiday Sauce … Pandemic! will be presented live for one night only on December 12 at 6 p.m. CT, then streamed on demand December 14–16.

You will need internet access and a phone, tablet or computer.

This performance contains adult content and is intended for mature audiences.

Mac’s recently released album Holiday Sauce celebrates the time of year we hate with unique renditions of songs we love. The album is available on Bandcamp, and a portion of the proceeds support LGBT Asylum Task Force. 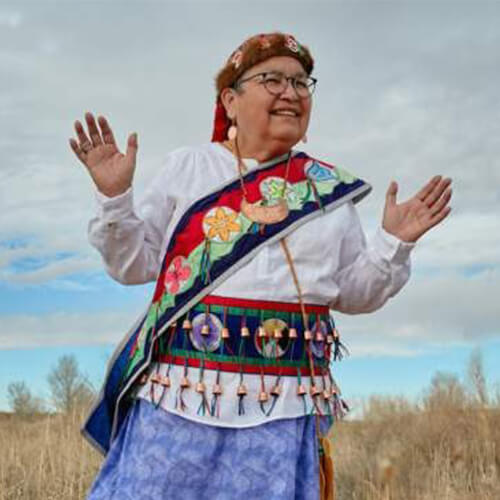 Holiday Sauce is dedicated to Mother Flawless Sabrina, Mac’s drag mother. As a tribute to her, a segment of this virtual event will feature elders who have made significant contributions to nurturing the queer communities in their cities. The Guthrie will honor Sharon Day (Ojibwe), an artist, writer, musician, and lifelong activist in support of women, LGBTQIA+ and Indigenous peoples, as well as the life-giving force of water. Since 1990, she has served as the Executive Director of Indigenous Peoples Task Force, an organization she founded to develop and implement culturally appropriate HIV education and direct services to Minnesota’s Native community.

On December 12, Mac will be the first American to receive the International Ibsen Award, which is awarded every two years to an individual or company that has brought new artistic dimensions to the world of drama or theater.

It takes a village

Holiday Sauce… Pandemic! was commissioned by The International Ibsen Festival, The Norwegian Ministry of Culture and The National Theatre of Oslo, who present it with additional support from the Guthrie Theater, Artpark-Lewiston, NY, ASU Gammage at Arizona State University, Berliner Festspiele, UCLA’s Center for the Art of Performance, Curran-San Francisco, FirstWorks/Brown Arts Initiative, The Hopkins Center for the Arts at Dartmouth, Live Arts Miami, OZ Arts Nashville, Park Avenue Armory, Seattle Theatre Group and On The Boards, Stanford Live at Stanford University, Teatros del Canal Madrid, TO Live, UtahPresents, and Wexner Center of the Arts at the Ohio State University.